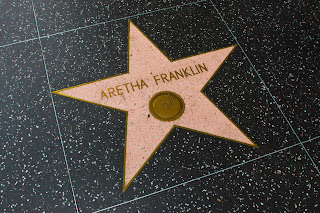 Aretha Franklin’s legendary singing career spanned five-plus decades. The “Queen of Soul” made the most appearances on the Billboard charts of any female performer ever. She died from pancreatic cancer in August of 2018 at age 76.

It was initially thought that Franklin died without a will. A niece, Sabrina Owens, was appointed as the administrator of the estate, which is pending in a Detroit suburb. Earlier this month, Owens was searching Franklin’s home and discovered three handwritten wills.

Two wills from 2010 were found inside a locked cabinet. One from 2014 was found in a spiral bound notebook under the cushions of a couch. The wills are difficult to read, are disorganized and look like rough drafts. Words are crossed out and are written in the margins. The primary beneficiaries are Franklin’s four sons.

The value of Franklin’s estate is not yet known, but it is likely to be worth millions of dollars. Appraisers have been hired to value the assets, including Franklin’s music catalog, her likeness, concert gowns, and memorabilia.

Unfortunately, the value of the estate will be reduced by the cost of the litigation over the wills. A holographic will is better than no will at all, but a will properly prepared by an attorney would have saved Franklin’s estate considerable expense.

About the author:
Steve Spitzer is an attorney, and managing shareholder of Ramey & Flock Law Firm. He focuses on probate litigation, will contests, guardianship and trust disputes. Mr. Spitzer was a successful litigator for a major Dallas law firm from 1989 to 2011, and has been with Ramey & Flock since 2012. If you are in need of probate services or other legal counsel, contact Mr. Spitzer or his colleagues here. 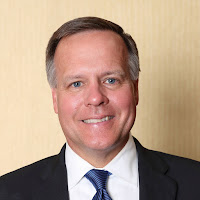 Popular posts from this blog

January 01, 2018
Texas recently adopted much of the Uniform Power of Attorney Act, resulting in a significant overhaul of the prior Texas power of attorney statutes. A few of the more significant changes are: Standing to Sue for POA Abuse: As discussed in the October 2016 edition of this newsletter, standing to sue a fiduciary for misuse of a power of attorney was previously limited. The new act considerably broadens the persons who have standing to sue. Increasing POA Acceptance: POAs are often ineffective due to the reluctance of third parties to accept and rely on them. The new act requires third parties to provide a specific, written reason for the refusal to accept the POA, and creates a limited right to seek court intervention to force the acceptance of a POA. Estate Planning Powers: If desired by the principal creating the POA, “hot powers” can be included that allow the agent holding the POA to engage in estate planning activity for the principal such as creating trusts, making
Post a Comment
Read more

Things to Know Before Hiring an Attorney

July 22, 2019
With so many attorneys out there, selecting the right one can feel overwhelming. If you select the wrong lawyer for your case the results can be utterly detrimental. So it’s important to do your homework before finally settling on an attorney.   Here are some important questions to ask before agreeing to hire any lawyer: Does the lawyer have experience in the type of law your case is in? Almost every lawyer has his or her area(s) of specialty. An attorney with decades of business litigation experience is the wrong person to hire for your DUI case. You will want to make sure you find a lawyer who understands your case, your needs as a client and has expertise in the legal matter you’re dealing with. Who is the lawyer’s typical client? This is something important to consider. Let’s say you are an individual with a particular legal problem, but the attorney you're meeting with represents only corporations, this will not be the attorney best suited for you and your
Post a Comment
Read more